We have just a few days left with Scroll #1 of The Greatest Salesman in the World, and I would like to spend the time remaining in the Garden of Hesperides! 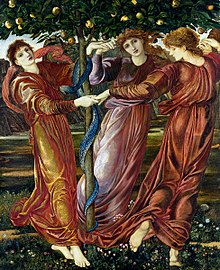 When I first read The Greatest Salesman, my imagination was captured by the paragraph which includes the following quote:

I am prepared for wisdom and principles which guide me out of the shadows into the sunlight of wealth, position, and happiness far beyond my most extravagant dreams until even the golden apples in the Garden of Hesperides seem no more than my just reward.  Og Mandino

That sounds pretty sweet!  So of course I had to do some research about the Garden of Hesperides.  According to Wikipedia, the Hesperides (from Greek mythology) are nymphs of the sunset, or daughters of the evening.  These daughters of the night guard the golden apples.  They tend the garden, sing sweetly, and may even change into trees themselves.

Golden apples are found in Greek mythology as well as European fairy tales, Irish lore, and even Minecraft.  In one account, Paris of Troy obtained a golden apple which he exchanged for the love of Helen of Sparta, which led to the Trojan war – perhaps not such a great bargain.  I guess he didn’t read paragraph 5 of the Blueprint Builder:

I fully realize that no wealth or position can long endure, unless built upon truth and justice, therefore I engage in no transaction which does not benefit all whom it affects.

What I love most about this first scroll is the sense of hope it brings.  Hope for a better future.  Hope that I can become who and what I most desire to be.  And he introduces the concept of the subconscious mind:

As I repeat the words daily they soon become a part of my active mind, but more important, they also seep into my other mind, that mysterious source which never sleeps, which creates my dreams, and often makes me act in ways I do not comprehend.  Og 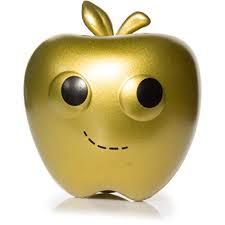 Of course this all fits perfectly in with the lessons of The Master Key by Charles Haanel.  So as I   finish the month strong with my readings and exercises, I will be picturing my own Golden Apple:), aka my goals, dreams, desires, PPNs.