You would probably expect a Christian Pilgrimage to include miracles, right?  In the case of the Camino de Santiago, there are plenty.  And a good share of magic as well.

Right from the start this pilgrimage is based on a miracle, or several actually.  St James performed several magical or miraculous acts during his life.  For instance, he was said to appear in the battle against the Muslims, helping the Christians to defeat the Moors.  And then the discovery of his remains, in 830 AD, was quite magical.  A hermit was led to the site on the Iberian Peninsula, when he heard singing and saw bright lights.  Hence, Santiago de Compostela, St James under a field of stars. 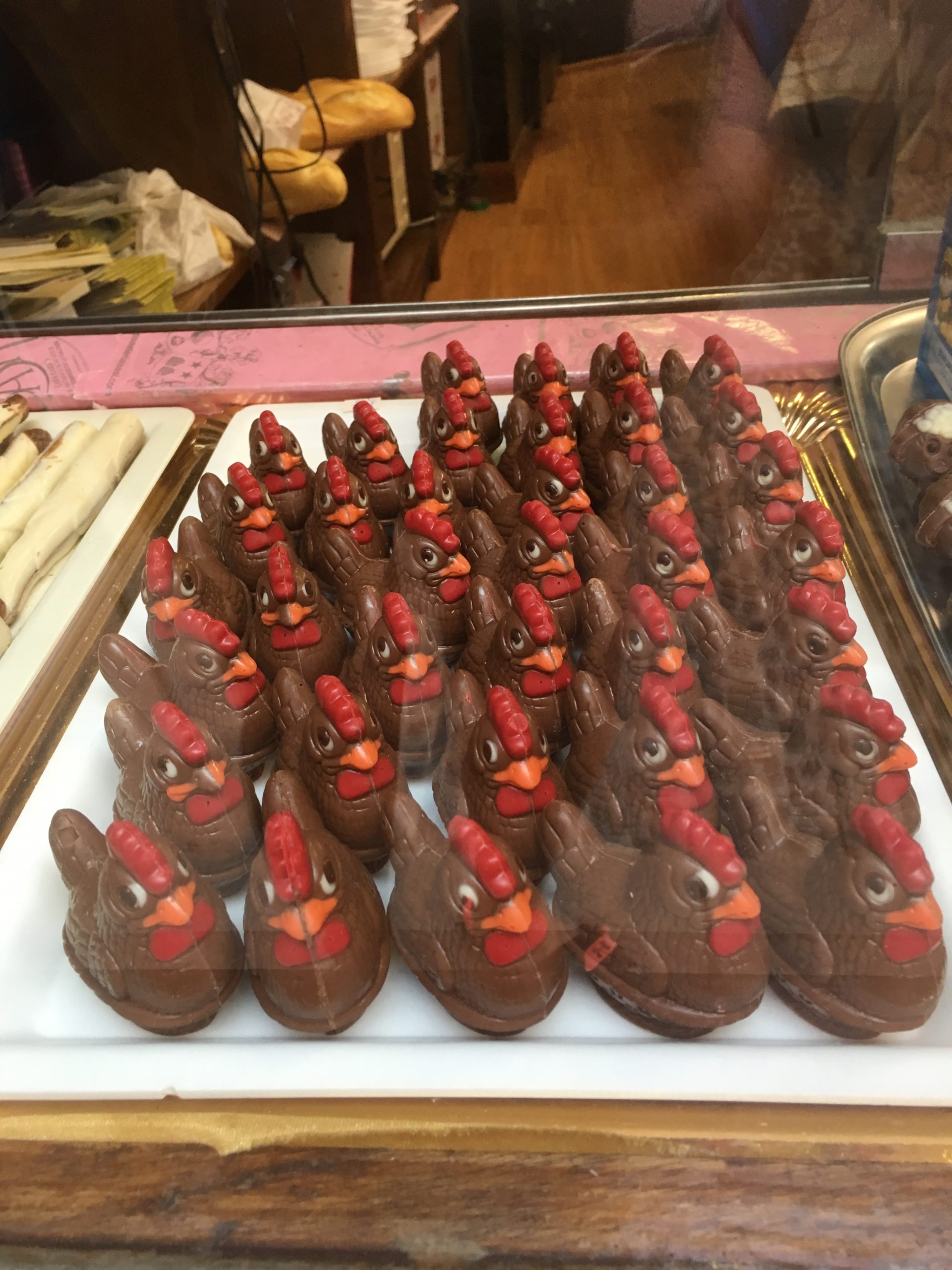 The guidebook I used, the Village to Village guide, describes many of the miracles associated with the Way of St James.  One of my favourite stories is that of Santo Domingo de la Calzada:

A German family were on the pilgrimage to Santiago, who stayed with a farmer’s family in Santo Domingo.  The farmer’s daughter (not a joke) tried to seduce the German son but, as a pious pilgrim, he refused her.  For revenge, she hid silver items in his backpack and accused him of theft, for which he was found guilty and hanged.  His parents continued to Santiago, and stopped on the return journey to find him still alive, hanging in the noose, claiming that the saint held him up so he did not die.  They hurried to the magistrate to demand the boy be cut down since he was clearly innocent.  The magistrate shouted “Why, he is no more alive than this roasted chicken I’m about to eat.”  At this, the chicken stood up on his plate, miraculously brought back to life, feathers and all, and crowed.  Anna Dintaman and David Landis, Village to Village Guide, Camino de Santiago, Camino Frances 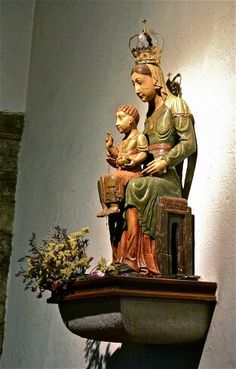 In the year 1300, a faithful parishioner trudgded through a snowstorm to receive communion at the O Cebreiro church.  The priest mocked the man for going to such trouble for just a bit of bread and wine.  At that moment, the elements miraculously transformed into real flesh and blood.  The virgin (a statue), still on display in the church, was said to have moved her head to have a better look.  Anna Dintaman and David Landis, Village to Village Guide, Camino de Santiago, Camino Frances

Of course there are many more.  But the point is, special things DO happen, and still continue to happen.  Some people attribute the magic and miracles to “Ley Lines,” supernatural lines that connect the Universe through monuments and land forms.  Or another term I have heard is “Thin Places” – where the division between heaven and earth is especially thin, and where we can sense the divine more readily.  I am not an expert on these explanations, nor am I an expert on Christian miracles.

But many pilgrims have their own stories of Camino Magic – like when they ran out of water and were severely dehydrated, and a stranger came to offer water.  Or a pilgrim who was lost received miraculous direction from an animal.  I also recently listened to a podcast where the guest, a retired serviceman/priest who takes veterans on the Camino.  Sometimes they find peace in magical ways, like the one fellow who hadn’t slept more than a few hours at a time since his traumatic experience in Iraq or Afghanistan.  After a few days on the Camino, he not only slept for long hours every night, he was sleeping during the day at every chance.

When the creative power of thought is fully understood, its effect is seen to be marvelous.  But such results cannot be secured without proper application, diligence, and concentration.  The student finds that the laws governing in the mental and spiritual world are as fixed and infallible as in the material world.  To secure the desired results, then, it is necessary to know the law and to comply with it.  A proper compliance with the law is found to produce the desired result with invariable exactitude.  The student who learns that power comes from within, that he is weak only because he has depended on help from outside, and who unhesitatingly throws himself on his own thought, instantly rights himself, stands erect, assumes a dominant attitude, and works miracles.

The student who gains an understanding of the mental laws which are unfolded comes into the possession of an ability to secure results hitherto undreamed of, and which has rewards hardly to be expressed in in words.  Charles Haanel, The Master Key – Forward

And a final quote to leave you with: