One hundred years ago today, my hero was born – my Dad!  In fact, he was a hero to many.  Today I pay tribute to him.

Growing up he was a hero to his baby sister, who later said Dad saved her life when he brought home a goat and milked it to provide for her.  My grandmother didn’t have enough milk, and she was intolerant to the cow’s milk.  Being the oldest of five, he was probably a hero to all of them, and he gave them all pet names: Puck, Jim (my aunt), Rossy, and Dimpy (who thrived on goat’s milk).

Later he was a national hero, one of so many who went overseas during World War II.  As part of the Forestry Corps he was perhaps not on the front line, but he was plenty close enough to the action.  I recently received a treasure: a package of letters that he had sent to his sister ‘Jim’ during the war.   What a great snapshot of history!  Here’s an excerpt:

Christmas is over.  They sure put on a good dinner for us, better than could be expected.  Gave the boys a shot of rum and one hundred cigarettes as a Christmas gift, gave all mine away including the rum.  Gordon Carbert, letter home January 3, 1944

Dad was always generous!  He taught me many lessons, including generosity and helping others.  He was a shining example of the Golden Rule (treat others the way you would want to be treated), which I have tried to live by.  That was before they talked about the Platinum Rule (treat others the way that they want to be treated).  Either way, he was always kind, helpful, and generous.

While I was growing up, my Dad was my Hero.  He had been a bronc rider in the rodeo circuit, and even rode at the Calgary Stampede.  He made friends wherever he went, and never forgot a face or name.  He was a natural networker! 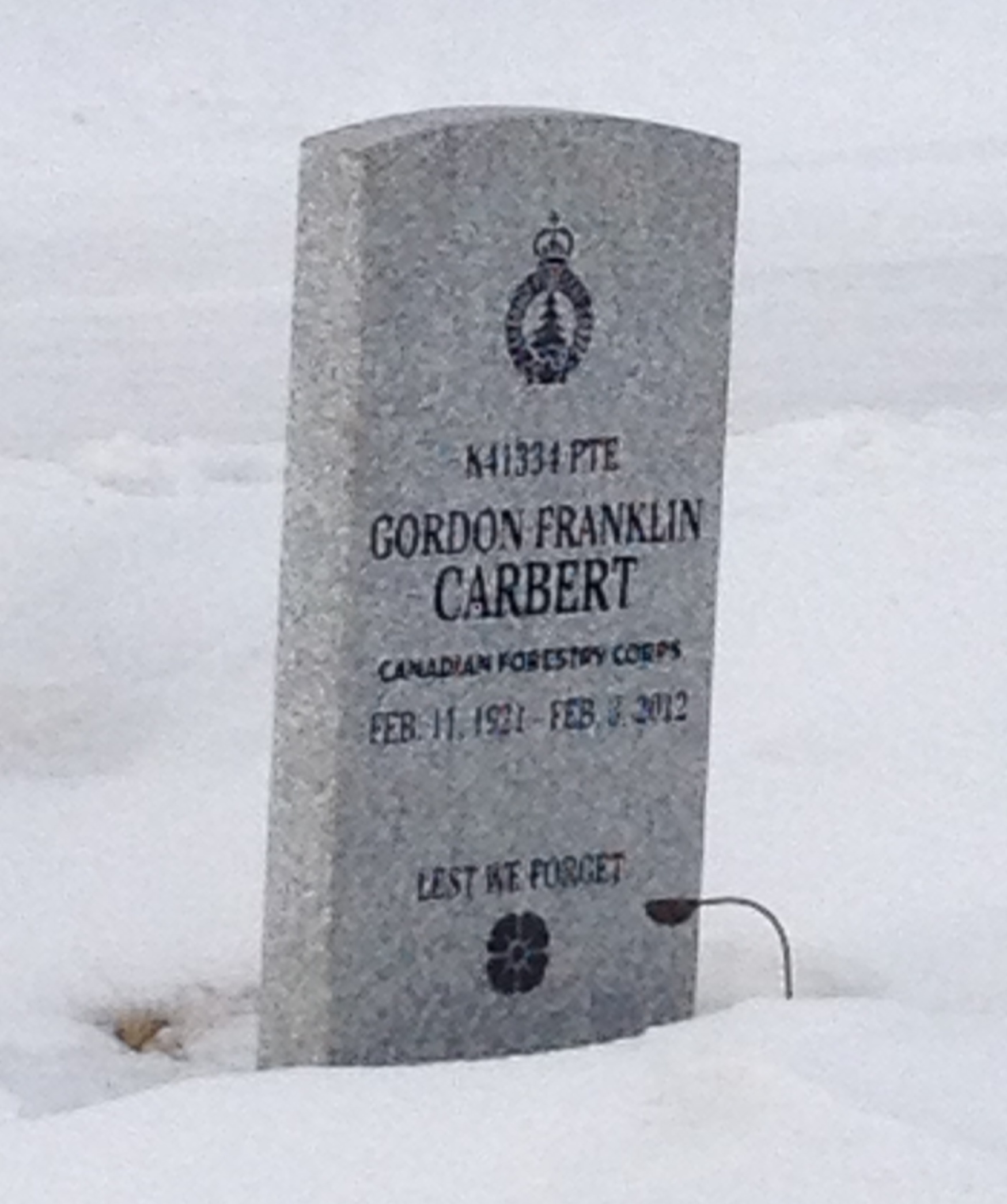 Today he would have been 100 years old!  We said goodbye to him 9 years ago, but it seems like yesterday that I was sitting down with him to drink coffee and play cribbage.  I am fortunate that my children also got to know him, he was a hero to them as well.

While I walked my pilgrimage across Spain, my Dad was with me, more than I thought he would be.  As I walked through fields of grain, past haystacks, cows grazing, or through villages with John Deere tractors parked outside of homes, I thought of my Dad.  My Hero.