Last week we were asked to watch a movie and think about how the Master Key Experience (MKE)  Success Formula could apply to the story.  I chose the movie “Mully”  but didn’t get to watch it until today.  Wow, what a powerful story – and it is a true story!

To refresh you on the MKE Success Formula:  A Definite Major Purpose, backed by Burning Desire PLUS Positive Mental Attitude PLUS a Written Plan of Action expressed by Continuous Action PLUS a Master Mind Alliance EQUALS Success!

Other examples of how this formula can work for you can be found here and here.

This is the story of how a young boy in Kenya brings himself up from poverty and starvation to be a successful businessman, with a loving wife and family, and a multi-industry empire.  And the story could end there, and be a powerful lesson in the Success Formula, with Charles Mully (or Mulli) holding a Definite Purpose to advance his business, a Burning Desire for riches for himself and his family, a Positive Mental Attitude in which he expected success, a Plan of Action to increase his business, partnerships and networks forming Master Mind Alliances.  And yes, he experienced much Success. 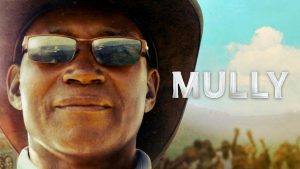 However, the story did NOT end there.  Charles Mully found a new purpose when he realized that riches alone were not serving him, his family, and especially his community.  He had a ‘Sit’ in which he spoke with his God/ Higher Power/ Universal Intelligence.  He came out of that sit with a new purpose, in which he felt that God was working through him.  It wasn’t his purpose so much as God’s, and he was the instrument.

That new Definite Major Purpose?  To save the orphans of the slums of Nairobi.  And to do that, he told his family, he would sell all his businesses and devote himself fully to this new task.  His family, and everyone else, thought he was crazy.  Understandably so.  Even as I watched, I thought “He is crazy, he could do so much good if he keeps his businesses earning money that he can put towards his purpose.”  But as I continued to watch, I saw how much good he was able to do by following his heart and his message from God.  He saved thousands of children, and they all call him Dad!

So, Charles Mully had a Definite Major Purpose backed by a Burning Desire, to save the children.  He kept a Positive Mental Attitude in the face of resistance from family and friends.  His Plan of Action expanded as the number of children in his home rose.  It was a simple plan at first, just to bring the children home and take care of them.  It became more complex when he moved the family to a large space of land and built not just a home, but a school, a farm, and even a forest and a lake!  He was in Continuous Action as he rescued these children and provided a home for them.  Mully’s Master Mind Alliance was with God, as well as with his wife and family.  His wife supported him unconditionally, and his children eventually came to support him as well – many of them eventually working with him on the Mully Children’s Family project. 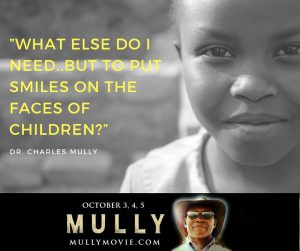 This was an uplifting movie, and inspires me to do more to help others.  You can watch Mully for free on Youtube, and check out more (including a current update on the Mully Children’s Family) at mullymovie.com.